OR Why your internet speed sucks and isn’t likely to get better.

Among the most powerful groups opposing net neutrality regulations are the companies that bring you the internet. AT&T Cox, Comcast, Time Warner Cable and nearly 20 other companies sent a letter to the FCC where they gave the argument that they wouldn’t invest in upgrades to their networks – they wouldn’t innovate – if regulations forced them to honor network neutrality.

Net Neutrality means no discrimination. Net Neutrality prevents Internet providers from blocking, speeding up or slowing down Web content based on its source, ownership or destination…The free and open Internet brings with it the revolutionary possibility that any Internet site could have the reach of a TV or radio station. The loss of Net Neutrality would end this unparalleled opportunity for freedom of expression. (From SaveTheInternet.com )

Both those for and against net neutrality argue in part that investments and innovation are dependent on whether these regulations are put in place. Who are you going to believe? I believe those in favor of net neutrality. Here’s why.

The arguments that innovation and investments will dry up if everyone has the same speed internet ignores the fact that this is our current status quo. All of the innovations and investments that have brought technology to this point were made with a supposedly level playing field.

The arguments also ignore that it was the innovation and content of the web which has spurred the development of the hardware side of technology. Without net neutrality, all those web sites and apps you love may never have gotten a start. I predict that future innovation will be stifled if only those companies who are big and rich now can afford high performance.

Broadband performance in the US is not as good as in the rest of the world, although mobile data performance is better in the US than most other countries. Broadband is still more reliable and faster for most of us than mobile access but the trend is for mobile to be the predominate method of accessing the internet.

The difference between how the internet performs when you’re wired (or wifi but wired from your ISP to your home or business) and how it performs on a mobile device has nothing to do with innovations or neutrality. The difference is competition.

You probably have only one or two choices for broadband where you live. I can have Comcast or Verizon. But you might not have any choice if you want high-speed internet access. The ISPs are not upgrading their systems because that costs money. They can keep the customers they have because there isn’t anyone trying to take them away.

Mobile internet is different. Although the playing field keeps getting smaller I can still choose from four major carriers where I live. Even though the mobile companies try to lock you into a service plan for up to two years, (eventually) you can leave (and that is trending to a a less restrictive model).

Competition is fierce and one of the selling points is the speed of their data network. So far this competition, investment, and innovation have all been done under conditions that supposedly stifle investment and innovations.

Getting rid of a neutral internet will reduce competition among content providers and give the current content leaders an unfair advantage going forward.

As our nation moves from democracy to plutocracy, we’re becoming numb to machinations based on corporate greed. What net neutrality comes down to is this: Do you want a system that’s free and open, or do you want Comcast to buy the internet? 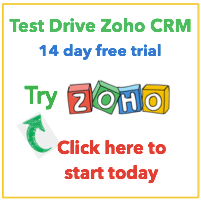